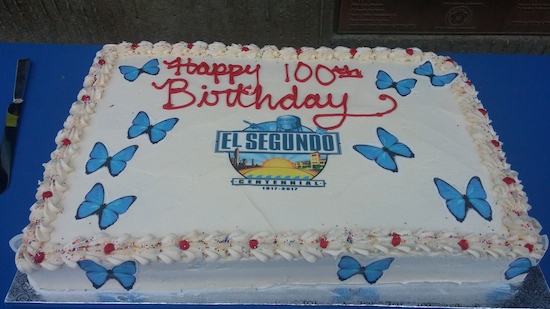 The northernmost city in the South Bay celebrated its 100th Birthday on Wednesday, exactly a century to the day the city that was named after an oil refinery was officially incorporated. Though a town settlement had existed just east of the coastal dunes on the former Rancho Sausal Redondo since 1912, the town was not formally incorporated as a city until January 18, 1917.

Throughout its century-old history, El Segundo owes its claim to fame to Standard Oil, the aerospace industry, it's love-hate relationship with LAX, and a certain '90s hip-hop tune. The city is also the corporate home of such institutions as Mattel Toys, DirecTV and the Los Angeles Lakers.

The city luckily dodged the potential rain on this overcast day with a Birthday Bash at El Segundo Public Library Park, along the town's Main Street, just across from the city's eponymous High School (the on-location site for the '80s movie War Games and alma mater of baseball hall of famer George Brett), The family-oriented celebration had live entertainment in the park's gazebo, carnival games, a petting zoo, some really tall dude on stilts, a historic photo exhibition sponsored by the Friends of El Segundo Public Library, a centennial photobooth and the city's fire department had trucks on display. There was free food as well, though unfortunately it wasn't enchiladas and fruit punch, but there was free bottled water, kettlecorn and birthday cake. The city also sold El Segundo Centennial merchandise from a booth.

When the party ended at 5 p.m., The Militant visited the El Segundo Public Library next door to check it out and also found a historical display of veterans' and other mementos:

Thanks to a tip from Twitter user @fuccitim, it was on to the official unofficial after party just a half mile down the street to The Tavern on Main, where the 15 year-old local hang had food and drink specials for just 100 cents to celebrate the city's birthday.
The Militant spent $5 on his food and booze, which included two sliders, a gringo beef taco, a beer and his favorite - the historically-inspired "Standard Oil Birthday Shot" consisting of vodka, blue curacao and cranberry juice. Salud!

The city will also throw a Centennial Ball formal at the Automobile Driving Museum on Saturday. Tickets are reportedly sold out already (but if they're not serving any of those Standard Oil shots, then it's not worth it anyway...).

Though The Militant was just a clandestine interloper from the city on the other side of Imperial Highway, he had a great time on the city's centennial birthday, especially since he was more familiar with the coastal and business park periphery of the city than the quaint Main Street section of town.  He also learned a few things from the event: That the town's old Pacific Electric station was demolished in 1970 (booo!) and that Mattel Toys runs a factory store that's open to the public.

But best of all, The Militant was happy that he finally found what he was looking for! 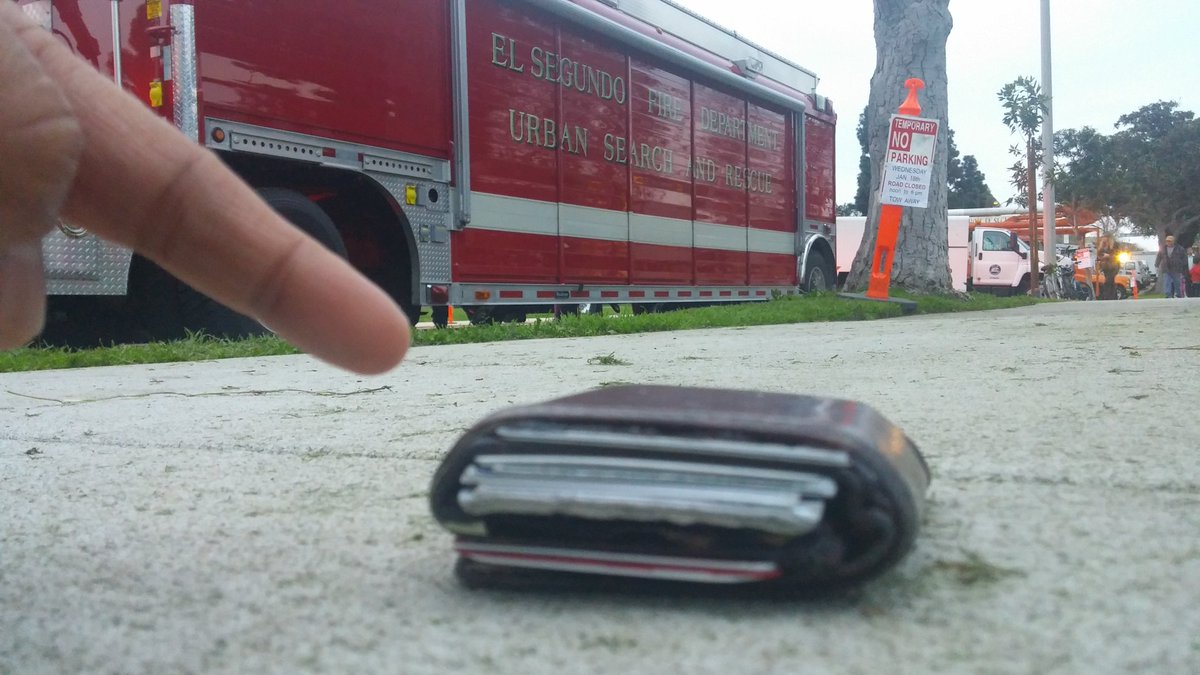 *You're next this September, Culver City. You gonna top this?
Commandeered by Militant Angeleno @ 1:14 PM