Things to Anticipate in '08 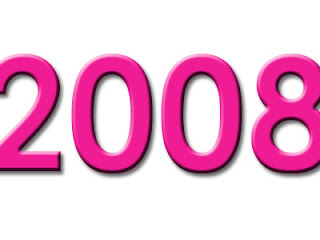 Phew! Finally! the Militant got out of his strange time glitch and knocked himself back to the future (okay, the present). Now he's finally in 2008, though he totally missed that Dodger float in Tuesday's Rose Parade.

Anyway, here's a list of things here in town the Militant is looking forward to this year...

January: Metro TAP (Transit Access Pass) This is gonna be a serious new paradigm for everyone in Los Angeles County who rides the Metro system, either dependent on it or by choice. The TAP card will be a prepaid transit pass that automatically deducts the appropriate fare when "tapped" against a fare validator sensor. No magnetic stripes here - there's a tiny chip inside each card that stores the value of each card (as well as where the user has been, in the system, muhahahaha). Will it work? Aw hell no, there's gonna be tons of bugs up the ying-yang when it's first rolled out. But the Militant will get his card on January 25 and give it a roll, if just to have an excuse for something to blog about.

February: Ride-Arc Starts Up Again Ride-Arc, the Militant's favorite monthly bike ride, with its large-yet-not-ginormous group, diverse ridership and best of all, an edumacational bent to the ride, starts up again for '08.

March-April: Dodger Season Begins! Not only does baseball season begin, not only do we get to see how Joe Torre manages this team, but check it: The Dodgers play an exhibition game vs. the Boston BoraSox at the Coliseum on March 29. Oh yeah...it's the freaking 50th Anniversary Season, with tons of special Golden Anniversary-type events the whole year, including a 1988 World Championship team reunion and (as much as possible) an all-Los Angeles-Dodger reunion event in September. And as for October - who knows?

May: Some Huge-Ass Movie Will Be Opening The Militant doesn't have to tell you what it is, who's directing it or who's starring in it. You already know it'll be HUGE. May 22.

June: Militant Angeleno's 1st Anniversary Shindig The Militant may or may not have a huge celebration commemorating his first year of blogdom. You may or may not get an invitation.

July-December: The Militant Hasn't Planned That Far Ahead Yet Maybe we'll revisit this in six months. Until then, have a great '08 everyone!
Commandeered by Militant Angeleno @ 3:01 PM

A party!? You mean we may or may not have a chance to enjoy good times with the Militant himself? Maybe I'll be back in LA by then...

chicanaskies: Perhaps. But there's no absolute guarantee that you'll have a good time though...heh