Playing Catch-Up: I Get Around

Sometimes life just goes way too fast for the Militant to log in and post. He needs to sign up for that Militant training course where one can blog faster than the speed of sound. Until then, here's a few glimpses from the past few days: 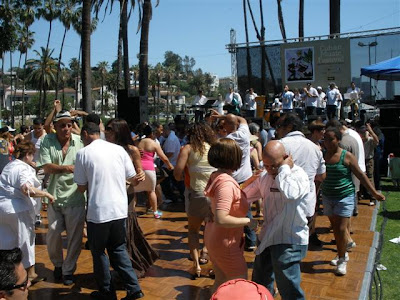 Hundreds of Angelenos got their salsa on at the Cuban Music Festival in Echo Park, dance floor and all. Like wow! The music was great, the food was kickin' (the long wait for a plate from the Sabor y Son Express booth was well worth it) and he even spotted a few operatives, both expected and unexpected, at the fest. 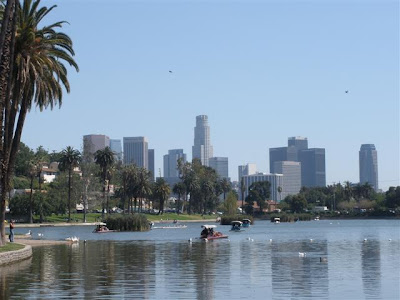 Looks like the Militant also got himself a new desktop background in the process as well. 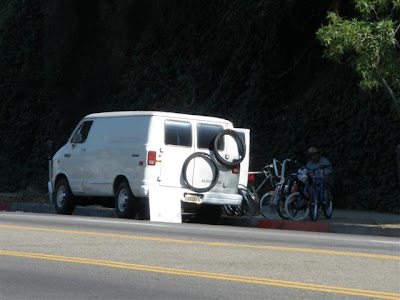 The weather was hot that day, and so are bikes it seems. While riding back to the compound along the Sunset Blvd. Bike Lane, he noticed this van parked on Sunset Blvd. right on the Silver_Lake - Echo Park border which sells used bikes and does bicycle repair. 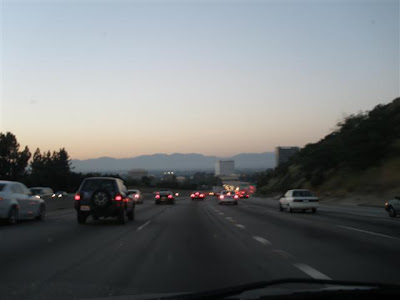 Later that evening, the Militant decided to follow the example of these folks and ride his bike down the 405 in the Sepulveda Pass into the Valley. No, no, no, just kidding. He was in his car. He does dig the view of the Valley from the Pass though. 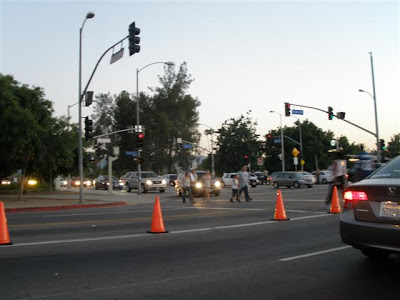 While traveling westbound on Victory Blvd. at Woodley Ave. in Van Nuys/Lake Balboa, something was up by the Woodley Orange Line station and the Sepulveda Dam recreation area with lane cones, LAPD squad cars, Parking Enforcement vehicles and whatnot. 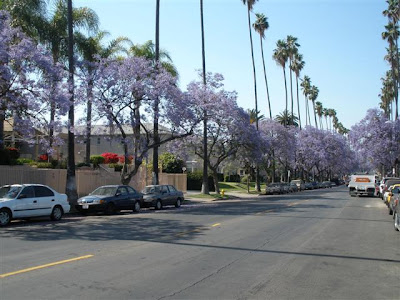 Holy Jacarandas, Batman! The Militant saw this biking up Westmoreland Ave. north of Pico. They say Pico-Union is one of Los Angeles' ugliest-looking communities. O RLY? 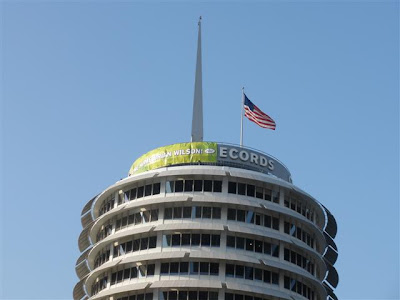 In Hollywood, Capitol Records unveils its latest wrap act. Actually the banner on the iconic building's crown reads, "Welcome Home Brian Wilson!" celebrating the former Beach Boy's upcoming album to be released on his old label in September. Proving once and for all, that what comes around, gets around round round I get around.
Commandeered by Militant Angeleno @ 10:04 PM

We walked past that mobile bike showroom/repair place on Sunset on our way to the Angelino Height Trolley Line Open House tour Sunday. The Cuban festival beckoned, but a cold one at the Gold Room one out instead.

Jacarandas are such lovely trees but so incredibly messy.