A Final Farewell To The Boss 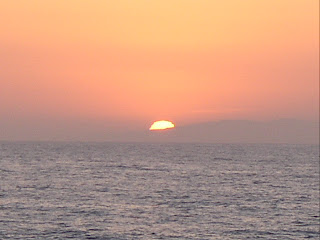 The Militant is known for talking about streets, buildings, modes of transport and anything that fits the urban grid. But maybe it's a good thing once in a while to talk about more deeper, meaningful topics.

Earlier this month, the Militant's boss died. He succumbed suddenly due to a cardiovascular condition, and he was only in his middle-age years, so his loss came as a big shock to all.

The Militant bid his final farewell to the boss on Monday, attending his funeral and playing an unspecified participatory role in it.

Now without giving away the Militant's place or line of work, the Militant is more of an independent contractor than an actual staff member, and this boss wasn't the kind of person who was breathing down your neck every minute, nor the type of person you had to scramble to look busy for when he walked into the room. But in this particular place of employment, he wasn't that way, even to the full-time staff there. He was well-loved, well-respected and well-admired by all. And during this time of sorrow, everyone was part of the family.

The Militant last saw him two days before his passing, on November 1. He looked perfectly healthy and active that day. Ironically, he brought up the topic of Dia de los Muertos and mentioned how some of the families who visit the workplace celebrate their cultural holiday, by praying and paying tribute to the souls of their departed loved-ones.

On that Saturday, the Militant got his paycheck in the mail. A couple hours later, a fellow independent contractor-type there called the Militant and told him the news.

The paycheck had the boss' signature on it. It might have been one of the last things he ever signed. A simple scribble of lines, curves and dots which combined become a person's name suddenly represented something much, much more than that.

The Militant still hasn't deposited the check, it just wouldn't feel right (he decided to wait until after the funeral).

The boss also happened to be a native Angeleno, who, like the Militant, grew up in the Hollywood area, albeit in a different part (not to mention a different era). During one of the eulogies, it was mentioned he had a fondness of classic comedy films from the likes of Laurel & Hardy and the Three Stooges, perhaps because, according to the eulogist, the familiar locales depicted in the films reminded him of the streets he knew growing up.

The Militant could totally identify.

The Militant, however, had a small regret. When he leaves the workplace, he normally greeted the boss with a handshake and has a brief chat and a simple "bye" before walking out the door. On November 1st, the boss seemed to be briefly preoccupied in another conversation, so the Militant just decided to go, assuming he'd have his handshake-and-chat next time.

But there was no next time.

Us 21st century humans, spoiled by the highest technology, modern conveniences and endless streams of information, tend to think we're indestructible, permanent, important. But nothing in this life has an absolute guarantee.

A nice tribute. Sorry for your loss.

Indeed a fine eulogy, MA. I'm sorry for your loss, too.

It is a sad topic (bringing a bit of a tear and irony) but does that mean that the militant will need more finacial support from another sector?

In otherwords will the militant continue to have the luxury of posting his blog?

philpalm: The Militant won't elaborate on the issue other than his financial situation has not been affected by this (though he would still welcome the "other sector" stuff regardless).

But hypothetically, if worse came to worse, the Militant would still be blogging (via the free access at his local Los Angeles Public Library branch), with an even more extreme militant slant.