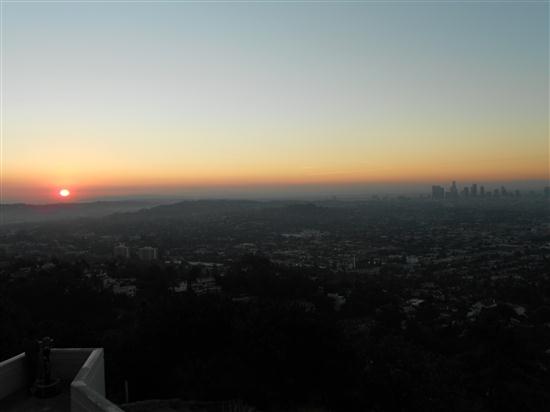 The Militant is, most of the time, a night owl. With 4:00 a.m. posts and tweets a fairly common occurrence, it leaves one to wonder whether The Militant gets any shut-eye at all, or just does it later than everyone else.

Though The Militant had a recent experience with The Exotic World Of The Morning, he decided to kick it up a notch. On Saturday morning, The Militant, having slept unnaturally early on Friday night and waking up at 5:00 a.m., decided to take advantage of a clear-sky morning following the possibility of San Gabriel Mountain snowfall overnight. He's seen the breathtaking glow of dawn's early light on the mountains before, and did not want to miss this show. And besides, with Pacific Standard Time (no, not that one) coming up on Sunday, Saturday's 7:17 a.m. sunrise would be the latest-hour and final PDT solar curtain call of 2011.

Other Angelenos staked out their own sunrise promontories around town, such as the Baldwin Hills Scenic Overlook, but The Militant wanted more of an elevation advantage. So with the faint yellow glow already taking over the eastern sky, he drove up Vermont Avenue to the Griffith Park Observatory, which has had a free, unobstructed view of Los Angeles sunrises for the past 76 years.

The view was already breathtaking. The familiar blue-purple-orange-yellow gradient of our sunsets was present, only in the opposite side of the sky. The Downtown skyline and the lights of the city, flickering like still-lit candles, looked just as sultry: 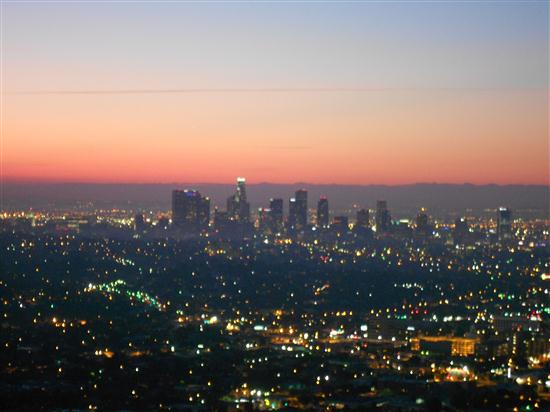 Bundled in his winter wear, The Militant wasn't alone. A cadre of joggers, many of whom spoke in Korean, along with a handful of tripod-armed photographers, were already there. 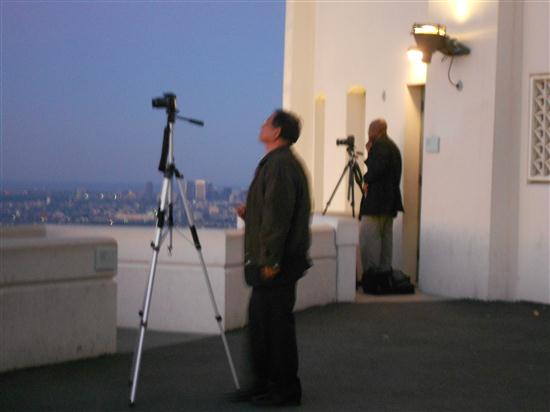 A few brave spandex-clad cyclists arrive, having just conquered the 1,134-foot high climb up the south slope of Mt. Hollywood.

"The thing with cycling, is that you're either overdressed or underdressed [for the weather]" said one of the cyclists, as he hobbled off his bike in his clip shoes.

The eastern sky looked too obscured by the tail end of the storm clouds that have just vacated Los Angeles, but just then a tiny sliver of bright orange peeped from the Chino Hills horizon: 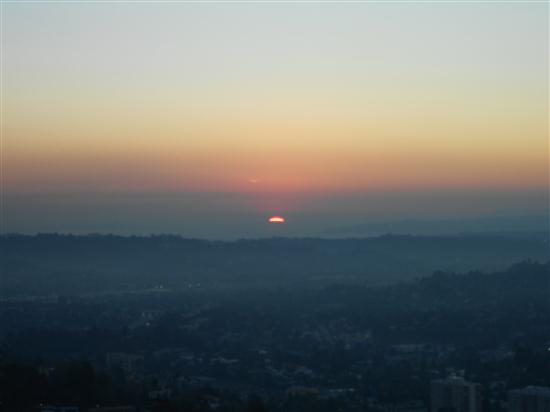 And then it appeared... 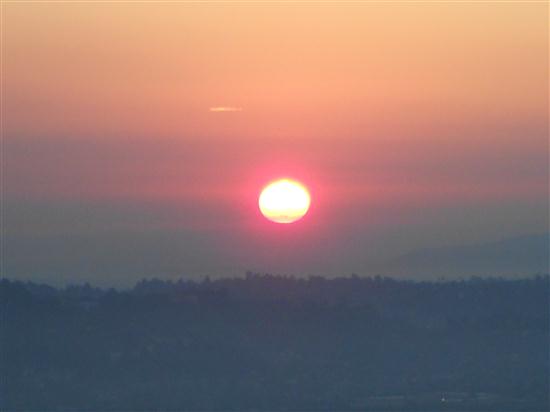 The Militant gazed in wonder at his city below him. It's a vantage point he's seen hundreds of times, yet only rarely under these conditions. He used a pair of binoculars to pick out spots in the distance: Barnsdall Park, Catalina Island, airplanes taking off from LAX, the sight of a tanker ship moored off of Manhattan Beach, a Japan Airlines 747 on its landing approach. The city looked as fierce and majestic as a lion, yet at this hour, it hasn't even begun to roar.

In no time, The Sun turned from an orange disk teetering on the horizon into the blinding sphere we're more accustomed to experiencing. But Los Angeles still looked amazingly lovely at this hour, such as this view of Hollywood and The Westside: 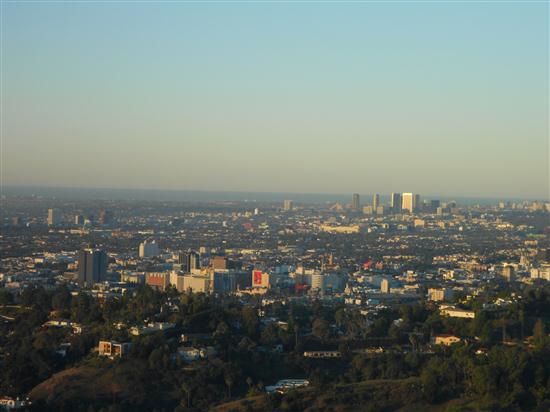 Oh the simple pleasures that we are afforded here. If you're a nighttime person, The Militant strongly recommends you shift your sleep schedule at least a couple times a year to enjoy the dawn. In a City popular for rising stars, it's well worth watching the one that's 93 million miles away.
Commandeered by Militant Angeleno @ 10:25 PM

It's nice to see the world wake up...and I always knew the Sun God lived in Chino! Thanks for proving it!