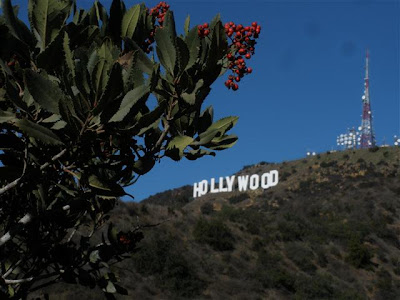 Thanks to that law, Toyon is plentiful in the Santa Monica Mountains today, where you can easily see them on any hiking trail, or on the road up to the Observatory. Of course this law is still in effect, but many local nurseries sell Toyon for you to grow if you want to revive the old Angeleno holiday tradition. Next time you spot one of these indigenous plants, think about how it's entrenched in history (and how the East Coast-based media hegemony has purposely corrupted its name to stand for all that is materialistic, vacuous and superficial). Militant Christmas, everyone!
Commandeered by Militant Angeleno @ 12:54 PM 3 comments: 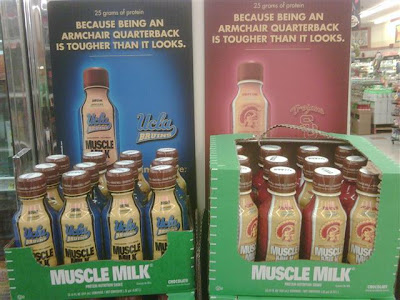 Aas you may or may not know, the Militant is a proud alum of one of the schools, and the rivalry is one of the highlights of the Militant's year! So get out there and post your comments! MAY THE BEST SCHOOL WIN!
Commandeered by Militant Angeleno @ 4:41 PM 8 comments: