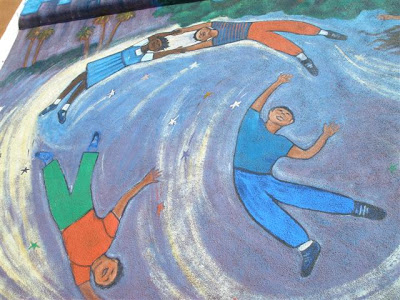 *Only emailed entries will be considered. If you have won a contest from the Militant before, you are not eligible (you know who you are...).
Commandeered by Militant Angeleno @ 3:40 PM 5 comments:

Get Your Local History On! Los Angeles Heritage Day At Heritage Square!

An unspecified nerd with civic inclinations recently notified the Militant of this event happening on Sunday at Heritage Square Museum in Highland Park. It's the 2nd Annual Los Angeles Heritage Day (Ummm...and why didn't the Militant hear about the 1st annual one?) event going on from 11 a.m. to 2 p.m. The event is $5, or free if you print this out. It will be a day of panel discussions, kids' events and free tours of the museum, which is comprised of several houses of architectural significange, relocated from all over the City. Who knows, perhaps the Militant will finally get to meet the Nerd there (Now won't that be a FTW photo-op if there ever was one?), if he might or might not have already done that already.
Commandeered by Militant Angeleno @ 11:37 AM No comments:

Los Angeles is all abuzz with the arrival of the Commander-In-Chief. Certainly the guy has been here before (pictured left at Los Angeles Trade Tech College in January 2008), lived here even. But that was back when he was Barry, the Senator or the candidate...now it's POTUS time.

Air Force One (no, not that one) is scheduled to land at Long Beach Airport at around 3 p.m. today, where operatives have already reported sightings of curiously-shaped olive-green helicopters, namely one like this one, which will whisk President Obama far above our region's traffic, soon followed by a town hall appearance at Costa Mesa's Orange County Fairgrounds (4 p.m.).

On Thursday, he will make another town hall appearance at Miguel Contreras Learning Complex
in Downtown Los Angeles, visit an Edison International electric vehicle plant in Pomona and later be on some TV show in Burbank.

That we all know. But what exactly will he do in between?

If you contact the White House staff, his whereabouts in between are so far unspecified. Which means the Militant will have an excellent chance to do a terrorist Militant fist-bump with Da Prez!

The White House staff and the Secret Service will never confirm (or deny) any of this, but the Militant may or may not take Barack on a militant tour of the city on Thursday.

First of all, the prez has to go incognito. No problem. The Militant has an Obama-sized camo outfit for him to wear, complete with matching camo bandana mask. How will he get around? Well, everyone will assume he will ride the chopper or roam the streets in a motorcade. But (and this may or may not happen due to security concerns), the motorcade can just be a front while the Militant rides around with Barack. After all, it's not like he's never ridden a bike before. Next, the Militant may or may not show The Prez his favorite taco trucks. Or Thai restaurant. Or burger joint. Just as long as he doesn't get the president angry. The Militant is not at liberty to reveal his exact itinerary for hosting El Presidente, of course, but if indeed there is a window in the president's schedule where nothing is publicly accounted for, you'll know exactly who's showing him around town.
Commandeered by Militant Angeleno @ 1:31 AM 1 comment:

Happy March 15! Although it was a very unfavorable day for a certain Roman emperor, it's a great day if you're an occasional Metro rider. Today is the day you can purchase the $5 Metro Day Pass as a TAP card, which means like Julius Caesar, the paper Day Pass is officially history.

Until April 11, if you ride on a (M)etro Bus and ask for a Day Pass, they will give you a loaded TAP card (they will cost a one-time fee of $2 afterward). Keep This Card! you will be able to re-load it for $5 every time you go to a (M) ticket machine or on your next bus ride. No more fumbling for change and holding up the line to get into the bus (well, unless you pay for your $5 Day Pass with coins...)

And then you can do the cool stuff like this:

Actually, as an experienced TAP user, the Militant strongly recommends that you do not even have to take out the card. You can keep it in your wallet or purse, just as long as you place either of them directly on the TAP target. The Militant personally puts his wallet over the target and it does the beepy thing. And if you're slick enough, you can even keep your wallet in your pocket and plnt your ass on the TAP target...okay, the Militant wouldn't recommend that (especially on the bus), but it may or may not work when you have to rush to your train. TAP cards use an RFID chip embedded into the card to tell its value and to easily track ridership figures and patterns.

The regular monthly, senior, disabled, college and K-12 passes are all TAP-capable. Next comes the big test: TAP cards for cash fare riders, where riders can prepay a certain amount and have the appropriate fare cost deducted when they TAP. This is all part of a years-long program to eventually get all Southern California transit systems TAPpin.

So Stay Militant and Get TAPpin!
Commandeered by Militant Angeleno @ 10:42 AM 10 comments: