The Dogers Has A Mascot Now?

There's lots of new things at Doger Stadium this season, but one of them just sort of randomly appeared during the recent series with the hated Giants. Apparently the Dogers may or may not have a mascot. The team describes it as a "Unique Performance Character (UPC)." Okaaaay then.

The Uunique Performance Character apparently resembles a happy little fellow with a big smile, has a heart lodged in his mouth, and styles his hair with Viagra. But it most likely depicts one of those giant bobble heads outside of Reserve Level. Like The Militant, no one really knows its name, but at least The Militant can go under the nom de guerre, "The Militant Angeleno."

Since the Dogers have not named this Unique Performance Character, The Militant will call him, "Bob L. Hedd."

Speaking of mascots, y'allz remember this guy from the 2013 postseason (feels so long ago...) that the stadium security staff just couldn't, um, bear?


But who needs a UPC or a Bob L. Hedd when we have The Militant's unofficial official Doger mascot, Doger Doge? 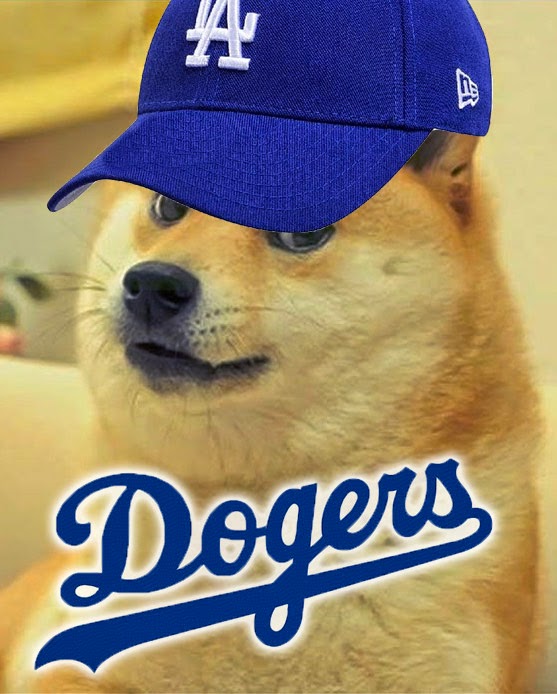 Commandeered by Militant Angeleno @ 2:13 AM