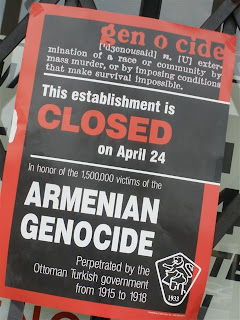 Today an entire community banded together in solidarity to commemorate the 94th anniversary of the Armenian Genocide, which was known to have lasted from 1915 to 1923, where 1.5 million ethnic Armenians were systematically killed by Ottoman Turks. Businesses closed down, people wore black and marched on the streets (The Militant was there last year).

The red, blue and orange tricolor of the Armenian Flag are prevalent throughout the streets, along with the color black. Many a people have been wronged throughout history, and their presence in this country is an after-effect of it. But no other community bears their pain like this one.

The Militant spent his afternoon in Little Armenia to see it all. 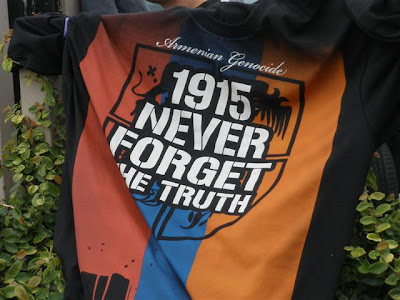 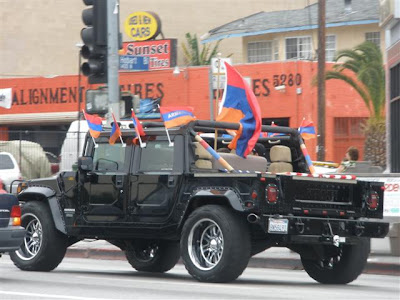 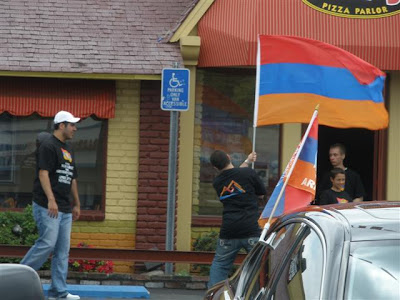 Armenians are criminals. Jews and Armenians need to get over the past. I'm Irish and I don't give an F what happened a hundred years ago. All I care about is today and tomorrow.

Anonymous: You should tell that to your I.R.A. friends then. You know, forget about the past, not try to bomb stuff. Just sayin'.

Hello .. firstly I would like to send greetings to all readers. After this, I recognize the content so interesting about this article. For me personally I liked all the information. I would like to know of cases like this more often. In my personal experience I might mention a book called Generic Viagra in this book that I mentioned have very interesting topics, and also you have much to do with the main theme of this article.