Oh, The Places He'll Go: Celebrating Five Years of Militancy on the Blogosphere! 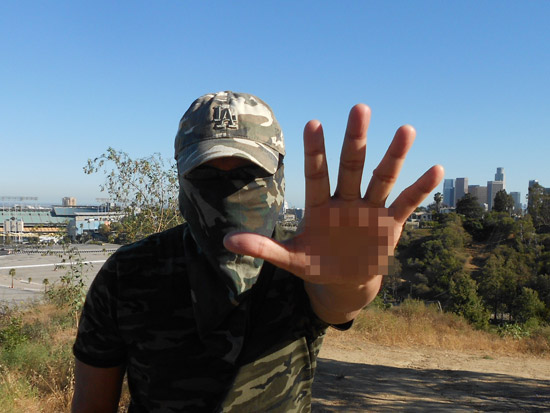 It was five years ago this very month when a mind-mannered, yet proud and literate native Angeleno was surfing the web and felt disturbed and disgusted by the lack of local pride and knowledge that the local blog scene was dispensing. He was so disturbed and disgusted, he took a long bike ride to the foot of the San Gabriel Mountains and ventured on a long hike up towards the Angeles National Forest, where he encountered a wild California black bear who bit him on the leg.

Hours later, he felt himself change and adopt super powers. He then logged back on to the Internet, and started to drop his own knowledge and pride of Los Angeles on the blogosphere. From then on, that mild-mannered native Angeleno adopted an anonymous, third-person identity and became THE MILITANT ANGELENO.

The Militant has taken you on quite an adventure during the past five years, so he recently sat down and took inventory of all the places he's been to and written about on This Here Blog since June of 2007. You can visit each location by navigating this interactive Google Map, where you can zoom in and click on each point of interest, and click on any of the blog posts that visit the location:

View The Militant Angeleno Map (Part 1) in a larger map

But wait...there's more! It seems The Militant has been to so many places in This Here Blog in the past five years that one Google Map cannot hold everything! So there had to be a second map!

View The Militant Angeleno Map (Part 2) in a larger map

Even with all those locations, those maps still are not a comprehensive representation of all the places The Militant has blogged about. Those maps do not include multi-location tour/map posts like his legendary Epic Militant CicLAvia Tour (Original Version and Updated Version), Militant tours of the Metro Gold Line, the Metro Expo Line and Los Angeles historical maps showing locales relevant to Michael Jackson, President Barack Obama and Dr. Martin Luther King, Jr.

The maps are also useful to The Militant for (what may or may not be) the next five years, as it also gives him a visual clue as to which locations he hasn't yet blogged about (can you see a "South Bay Week" in the near future?)!

What were your favorite Militant Angeleno posts in the past five years? Are there any places you'd like to see covered in the next five? Has The Militant Angeleno changed your life or rocked your world? Please share them in the comments!

With great power comes great responsibility! But it's been an honor to serve you as your Friendly Neighborhood Militant!

I'd have to say that the lost rivers of UCLA is one of my favorite posts. I know it's the school that you may or may not have attended.

Even though I haven't participated in the Ciclavia, I was a big fan of the epic tour. I also liked the post on Michael Jackson and LA landmarks. I'm a fan of any of the posts you've written about LA teams too. Glad we finally deported McCourt. I've learned a lot from you! Stay militant!

You don't go to the NW Valley that much, do you?

Your blog deepens my love for my city. I can't think of a higher compliment than that.