The Militant was joined by 56,000 loud, hungry - and sometimes rowdy Dodger fans (well, okay, there were a few pro-Cubbies transplants and tourists in there too...) at The Stadium on Saturday night to witness something he hasn't seen in over 20 years (and never before in person) - a Dodgers postseason series victory, SWEEPING THE CHICAGO CUBS TO GO ON TO THE NL CHAMPIONSHIP SERIES!

After two dominating games on the road, he admits he was waiting (though not hoping, of course) for the Dodger guard to come down a bit, maybe the Cubs would pull off the ironic win here (only to have us clinch today, of course), maybe add some more drama to the score, heck, to even put up a fight.

Hey, the Militant has been let down before...

...But it fortunately never happened.

It was too good to be true. Of course, the Dodgers were playing the Chicago Cubs, and if anyone is used to letdowns, it's Cubbies fans, who had to endure a century's worth of letdowns. But in Los Angeles, where our relative span of history is shorter than most large cities, twenty years might as well be a hundred.

The electricity in the Stadium began even before Kuroda's first pitch. Fans were just wired to the max in the parking lot. By the middle of the first inning, when the Cubbies' leage-leading season was reduced to its last 24 outs, the Dodger fans, audibly boisterous and visually animated - each of them twirling the small white rally towel given to them at the gate - were ready to just get the game over with and celebrate. In fact, there was no need to rally. Maybe the Cubbies fans needed the towel more -- as something to throw in.

The first inning was all the Dodgers needed, as by the time Russel Martin and Manny Ramirez reached home, the crowd treated every inning from then on like the 9th.

And when the 9th did come - with both the Dodgers and the Chicago Flubs, er, Cubs scoring one run each since - they team had done their first postseason sweep since 1963 and ended that 20-year playoff series drought.

the Militant enjoyed it all from his first-base side reserve seat, accompanied by an unspecified number of operatives. One middle-aged lady a few rows behind him screamed at the top of her lungs every time Blake DeWitt's name was called out on the stadium PA, while a Carnation ice cream vendor told the crowd he was selling "Manny Ramirez Ice Cream," and Dodgers and Cubbies fans taunted each other (mostly in a lighthearted way, though there were a couple incidents where security was called in). This being a playoff game, only the more hardcore fans were present and were focused on the game; there were no official, pavilion-generated waves in the stadium, beach balls were kept to a minimum and no one left early (the ones that did wore blue caps with a red "C" on them, of course).

After the speeches (quote of the night: Manny Ramirez shouting, "There's a party at my house! I'm gonna party like a rockstar...if you can find my house!"), the champagne-spraying, both in and out of the clubhouse, the parking lot wa one huge party zone, with post-game tailgating, horns honking, perfect strangers dressed in Dodger Blue giving each other high-fives...the Militant was in Blue Heaven.

Of course there's two more series and eight more wins to go...The Militant will be there of course (he's waited 20 years, come on...) BEAT THE PHILLIES!

Pics from that wonderful game: 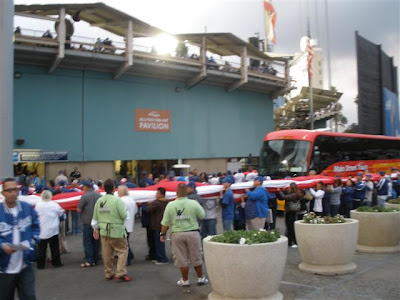 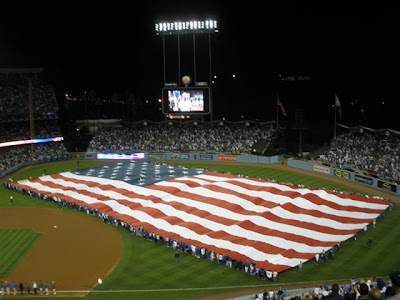 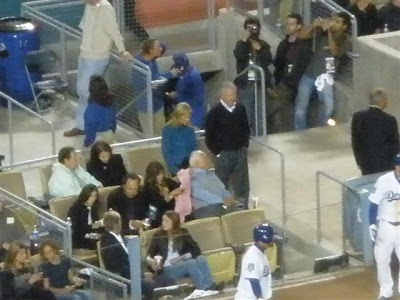 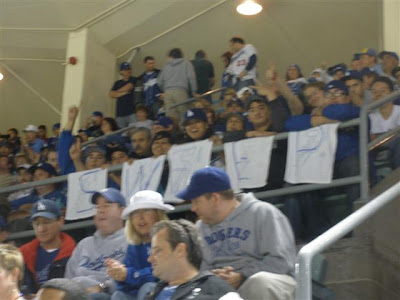 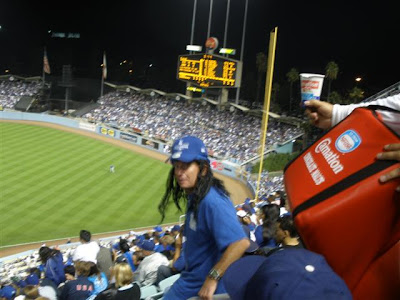 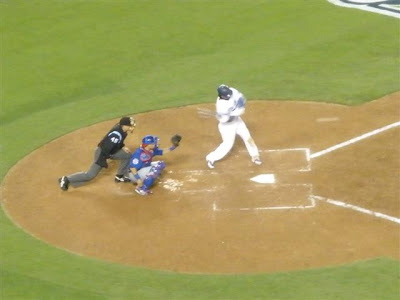 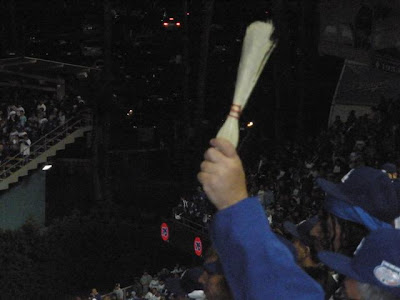 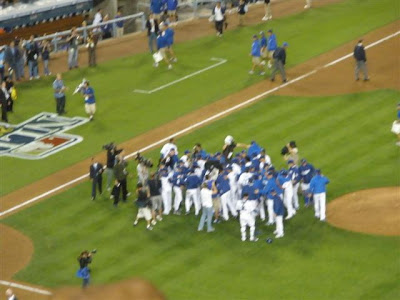 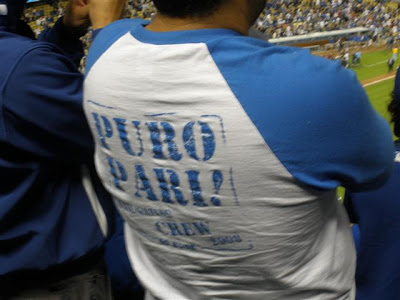 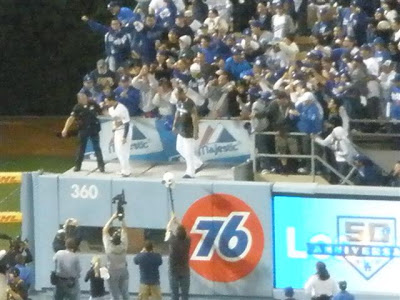 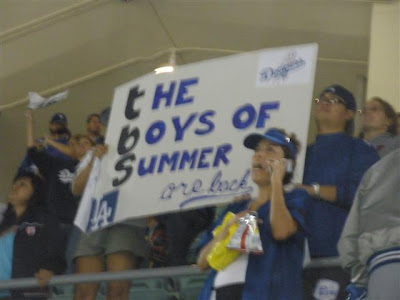 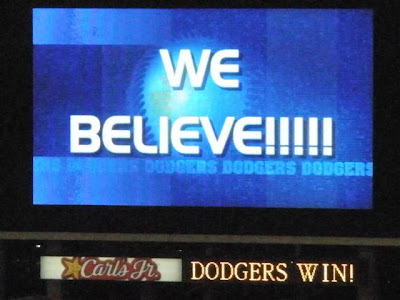 Great game, I was there, too, and it was magical.

I hope they've lit up the crown of the Library Tower in blue and white by now. If not, there's no justice in this world.

alika: Seeing that it was only lit up in Lakers colors during the NBA Championship, hold off until the World Series.