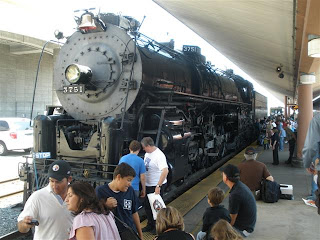 Saturday, as you may or may not know, was National Train Day, which was a day celebrated nationally, but not a national holiday per se. You follow?

The day, according to the event's organizer, Amtrak, was meant to commemorate the May 10, 1869 driving of the Golden Spike in Promontory, Utah, that completed the Transcontinental Railroad. But since that was such a long-ass time ago, most people see it as a fun day to get the family out and see trains.

Amtrak, though has also used the day to market their rail passenger services, especially in this day and age of eco-consciousness and fluctuating gas prices. And especially this year, with not only the second-most powerful person in the US as one of their faithful customers (as well as the Militant himself), the rail service wanted to make people aware of how railroads drive the economy. 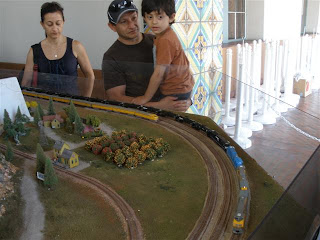 Locally, the festivities centered around Union Station, which actually turns 70 this month (but that fact was not mentioned). The events included free Metrolink, Santa Fe, Amtrak, Disney and private rail car exhibits, where one can walk through current and historic passenger cars, a concert in the old ticket lobby, train- transit- related groups offering info, an N-scale model railroad layout (pictured left), and a kids area, which was located in the old Harvey House restaurant next to the station.

Militant reader laluna_negra Twittered the Militant that she wanted to see pics, so, at your request, here goes! 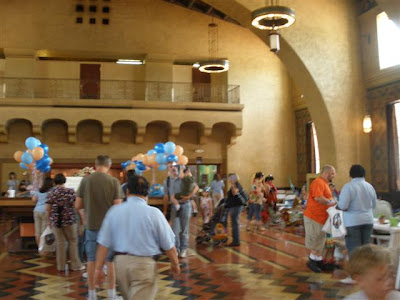 Parents and kids gather at the AmtraKids Depot at the old Fred Harvey Restaurant site.
The parents weren't even alive when this was last used as an eatery. 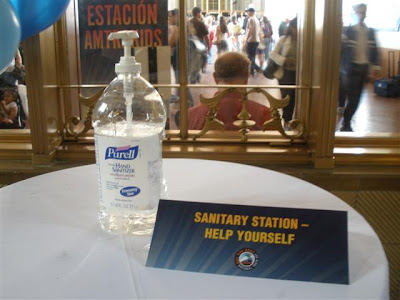 Just so you won't get the Swine Flu... 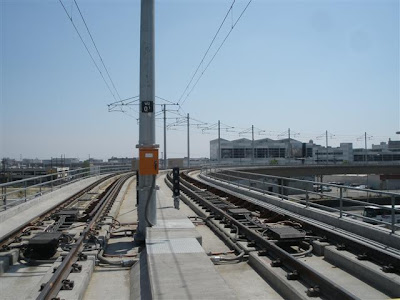 Not part of the NTD festivities, but the Militant got to go right up to the Metro Gold Line
Eastside extension viaduct...Open Open Open! 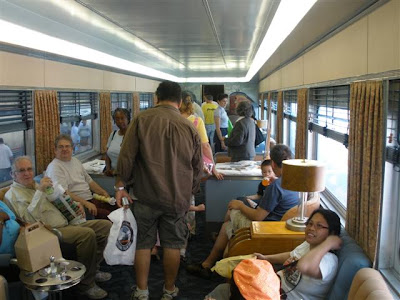 21st century people lounge inside a 1930s-era passenger car. Now that was travelin'! 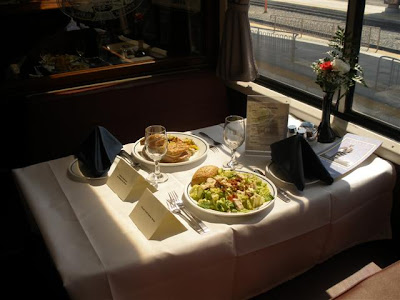 Another advantage of traveling by rail: You definitely don't get airline food! 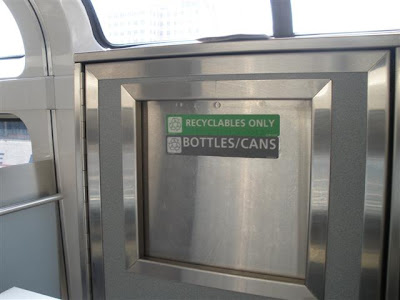 I recently came accross your blog and have been reading along. I thought I would leave my first comment. I dont know what to say except that I have enjoyed reading. Nice blog. I will keep visiting this blog very often.