The 2007 Dodgers: As Seen Through the Kübler-Ross Model 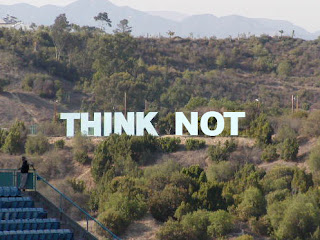 As any True Blue Dodger Fan knows, the 2007 Dodgers are officially out of the playoff race. No playoff ticket sales, no National League Division Series, not even the expected elimination from the aforementioned Series. No, there is no more.
Having trouble coping? Don't worry, the Militant had trouble coping as well. In fact, he still is still uneasy at the notion that the Dodgers are done for the year, especially when once upon a time they were predicted by many sportswriters to win the National League West division.

So come cope with The Militant, using the Kübler-Ross Grief Model:

The Dodgers still have a chance right? Yeah, just watch, the Padres, Rockies and Phillies are all gonna go on a losing streak for the remainder of the season and our Dodgers are gonna SURGE! The Wild Card ALWAYS goes to the World Series, and the champion is ALWAYS the hottest team going in! YEAH! You better believe it!

Dear Great Dodger in the Sky, we would be better fans if you could please let us see another baseball championship in Los Angeles. Wait! No! Not that one! Hey! Wait!!!!!!

The Militant ceases to blog for a number of days, goes to an event, says, "Meh"...The Militant now chooses to get his radio news from KNX 1070 instead of that other station. But why even listen to the news? The news is all about pain and suffering anyway...Now time for the Militant Angel-emo to pout, put on some eyeliner and take a self-portrait for his MySpace.

The Dodgers are officially out of the playoff race. The Militant will go to a game this week, but just to enjoy a Dodger Dog, maybe even go to Fan Appreciation Day just to win some prizes. And hey, next year is the 50th anniversary of the Dodgers in Los Angeles, complete with a Rose Parade float on New Year's Day and a 20-year reunion of the 1988 World Championship team (!@#$%^&, it's been THAT long?!). Hellooo, 2008!
Commandeered by Militant Angeleno @ 3:16 PM

ugh, I'm still in the denial phase... I too will be at Fan Appreciation Day, knowing full well I will once again go empty handed.

I'll be at fan appreciation day too. Same seats that my family has had since 1962. As for the playoffs, eh, wait til next year.

I'm going to a game where I am guaranteed to walk out with something other than a broken heart. A FLEECE BLANKET! Wooo Hooo!

Hey Miles. You don't think we're becoming like those bums from Brooklyn do you? I mean "wait til next year."? Wasn't that the motto of the boys of Summer back in Flatbush?

The Hollywood Jedi: Not to worry, as you are well aware, they only won one championship in all their years out in Brooklyn whereas the team won five times that number here in Los Angeles. Dodger Stadium has already been their home longer than Ebbets Field was! The Militant loves some of the traditions passed over from the old era: the color blue, Jackie Robinson, etc. -- but will not accept their motto!

I'll probably just spend the rest of week in the stadium club comisirating...
...or other none-such.

Jedi, yes, it is a carryover. It's been a long time and the great thing about baseball is that (hopefully) there's always next season. Hope springs eternal every Spring.

At least we finished ahead of the Giants

And, jedi, that is reward enough some years.