Another Stupid Cyclist vs. The Extremist 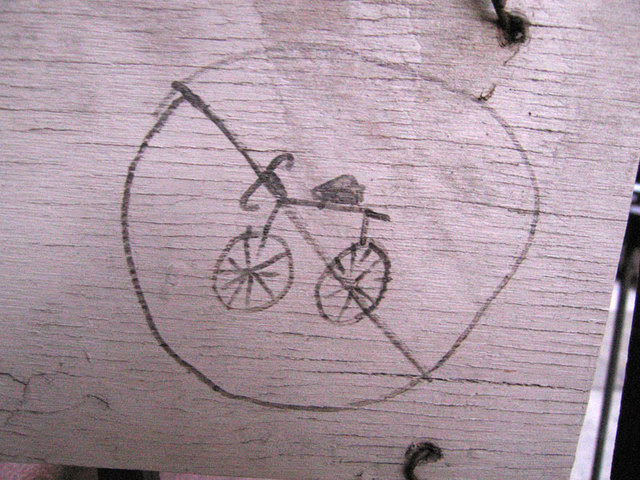 DISCLAIMER: On Tuesday, April 1, 2008, the Militant's blog was freakin' h4x0r'd. No one claimed responsibility, save for someone named "Extremist New Yorker." WTF? Oh well, the following words are written by "The Extremist" and not by your favorite Militant.

The same thing happened to the Extremist weekend before last as he crossed 6th Avenue en route to his favorite Chinese restaurant (Sammy's Noodle Shop makes the best eggrolls in the world!) when ZOOM! some Williamsburg hipster apparently from across the East River missed the Extremist by about 2 inches.

What is with these people? Don't they know that bikes don't belong on the street? Streets are only for four kinds of vehicles: cars, buses, taxis and trucks. You have to be crazy to ride a bike in New York City. Besides, you got the Subway and cabs, you don't need anything else.

You readers of The Extremist know his well-documented hatred towards bicycles. They're for kids, for goodness sakes. No one over 16 should be riding them.

They should probably know that riding bikes on New York City streets is illegal, and if it's not illegal then it should be.
Commandeered by Militant Angeleno @ 1:43 AM

Oooh, I get it. April Fools! I thought the site had been hijacked.

You, sir, are a friggin genius.